i – When it comes to Wedding scenes, most Pakistani TV dramas do such a lackluster job in making it convincing for the audience. Ishq Hai is one of the very few dramas which make the wedding scenes really satisfying to watch as they go all out with the set design and extras.

ii – With all the bad writing and subpar performances, at least the production team does a decent job with the Camerawork, Costumes, Make Up and Set Design. At least they should be commended for their efforts behind the camera.

(Warning! Spoilers ahead! If you would like to avoid them, please skip to the Overall section):

i – Oh boy, this show has already fallen off the rails! Shahzaib has officially turned into a complete psychopath who abducts women who don’t want to be with him and force marriage upon them. Is this the guy we’re supposed to be rooting for? There is absolutely nothing sympathetic about him left anymore. I sincerely hope Ishq Hai doesn’t portray him as the guy we should get behind. How can anyone in their right mind condone such actions? 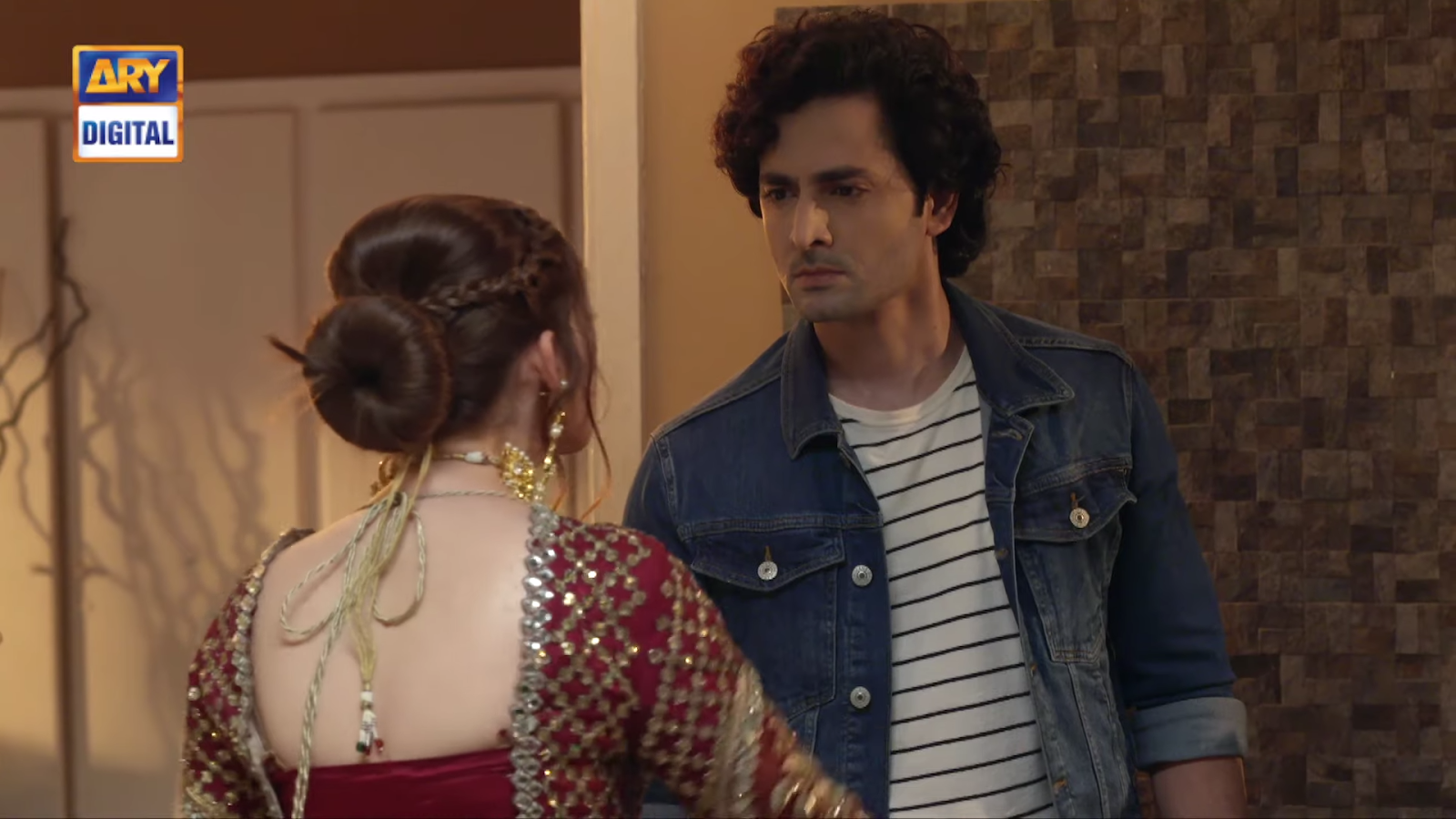 ii – Danish Taimoor as Shahzaib just doesn’t work. The actor does not possess the acting chops required to play the role of an obsessed lover. His “suicide” scene was complete cringe. Even though Minal Khan as Isra is still convincing in her performances, Danish (unfortunately) cannot keep up with the rest of the cast. The only emotion he can display is rage and that’s all he has shown throughout the show up till now.

iii – Sameera (the sister in law) has such a ridiculous motivation to be evil in the show. It’s quite comical to be honest. Her whole life now revolves around Isra; “Is she texting her Hero??”. Running behind her everytime just so she could give the Evil zinger and feel proud of herself afterwards. Her whole motivation to be mean to Isra is that she is hogging all the attention towards her. It’s understandable if she’s not on good terms with her but Sameera’s dialogues are just beyond absurd.

iv – EVERYONE KEEPS SHOUTING AT EACH OTHER IN THIS SHOW!! And watching two episodes back to back, it’s really tiresome. There are absolutely no quiet scenes for the viewers so they could at least have a breather in between dramatic scenes. But no, every second needs to be the main cast threatening each other. Cause that’s how normal people talk apparently.

v – Yet another scene where Nimra crying alone, starring at a distance. This is literally all she is good for in the show.

Eight episodes in and Ishq Hai has already jumped the shark! I don’t understand who the show wants the audience to root for anymore. Terrible writing!