A review on Pakistani Sci-Fi Horror film, Sarkata Insaan (1994) which stars Babra Sharif, Ghulam Mohiuddin and Qavi Khan in lead roles. The film is directed by Saeed Rizvi and is distributed by Al. Farooq Movies.

During Zia ul Haq’s rule and thereafter, Pakistani Film Industry fell from grace and was merely producing subpar films which made the cinema attendance drop by significant percentage, cripping the industry further. Fortunately, this also paved the way for local filmmakers to experiment with genres and techniques that Pakistani moviegoers were not aware of.

The film was set to be released in 1991, with promotional ADs running on local television, proclaiming Sarkata Insaan to be the “first ever Pakistani Horror Film” (even though that statement is false as the ‘first Pak Horror film’ title is held by the Zinda Laash in 1967). Due to numerous delays, the film was eventually released in 1994.

An Evil Scientist and his henchmen dig up a grave of an unknown deceased man in order to steal his head for an illegal experiment. The severed head is then used to revive a dead body of an ex crime lord who then goes on a murderous spree, proclaimed by many as the ‘Beheaded Man’.

i – As a kid growing up in early 90s Karachi, I remember viewing the promotional Ads of Sarkata Insaan numerous times on National Television. The shot of the gate opening by itself with luminous lighting, dark shadows and there, stood the headless man with an axe in one hand and his head in the other. It was such a great visual for a gorey low budget horror film! After watching the film now almost 30 years later, the visual still looks great and undoubtedly the highlight of the film. While the other special effects are hokey and laughable, the visual props of the “Headless body” are excellent. 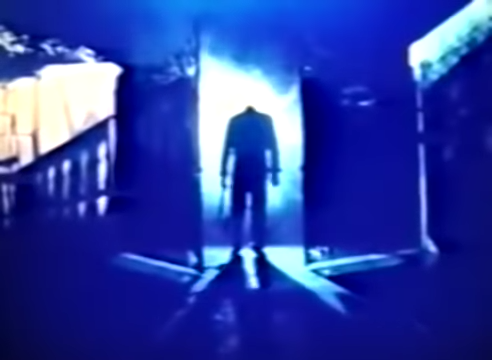 ii – After reading up on Saeed Rizvi and his struggles to make a film for the Pakistani Industry in a completely alienated genre like Horror or Sci-Fi, I do sympathize and respect his struggle to realize his vision onto the silver screen. Filmmaking is a very unforgiving Art if you lack funds and support but Saeed Rizvi managed to pull off his vision and make the film that he wanted to. And that is in itself, quite an accomplishment!

iii – The premise of the film is quite interesting and could’ve made for an excellent low budget Horror film! The head of an honest cop fused with the body of a criminal lord! How great of a concept is that?

iv – In a low budget campy way, the scene (later on in the film) with the headless man in the doorway and the head itself crawling towards the bed was excellently done. It’s one of the very few scenes where the special effects fit perfectly into the film.

i – I was fully ready to embrace the film as a low budget campy Horror classic but Sarkata Insaan failed to live up to that expectations by a mile! This film is just plain bad. If you grew up in the 1990s, you could watch it for nostalgic reasons but apart from that, the film is terrible and senseless for all the wrong reasons.

ii – In the 1970s and 80s, numerous emerging talents in Hollywood took up the mantle of creating Horror films on shoestring budgets. Directors such as Sam Raimi, John Carpenter and even later on, Peter Jackson used lack of funds as an advantage to elevate their films into campy Horror genre. So I completely understand if Saeed Rizvi was working on nickels and dimes to make his vision but with talent and intelligence, that could have very well have been masked with numerous filmmaking techniques. Not only that but there also seems to be a lack of attention to minor details. For example, why is there no visible line around the “Headless Man’s” neck whenever he fuses his head onto the body? Its small details like this that make the film rewarding to watch.

Saeed Rizvi and team should’ve been creative about handling complicated Special Effects scenes rather than just having some of the most horrendous, terrible and comical sequences that fails the film in every aspect.

iii – Bad Special Effects can be forgiven due to budgetary reasons but bad screenwriting unfortunately cannot. The script is beyond absurd! Nothing makes sense. The film has no idea what it wants to be; a Sci-Fi, a comedy, action or just a campy horror film? And then, there are the obvious questions;  If the headless body can function on its own, why does it need the head? Since the head is good but the body is bad, why is there not a constant struggle between them? Should’ve been such an interesting concept to explore!

But no, they had to make numerous “comedy” scenes for Rangeela and dance numbers destroy any pacing or plot development that the script was creating. Were these scenes mandated by the financiers or were they part of Saeed Rizvi’s vision? One will never know.

iv – Another baffling decision I feel from the creative side was the lack of any devotion to the Police officer’s past life. As a viewer, it was hard to empathise with him when he was trying to remember his “humanity” as we virtually know nothing about him. Only the fact that he was killed in the line of duty and he had a mother and a sister. And that sadly not enough.

A perfect example could be Robocop (1987) where the audience is first introduced to the character’s family life, gets brutally injured by the band of criminals, is then transformed into Robocop (and in the process, loses his humanity) and then the rest of the film is him trying to remember what it was like to be human.

Character development is extremely important if you want to have a strong payoff at the end.

v – Speaking of dance numbers, the infamous ‘Babra Sharif dancing with Ninja Turtle and Pink Panther’ scene. Good God, what is that? Who in their right mind thought that this scene fits into a Sci Fi Horror film?? The animation is beyond terrible, nothing makes sense, Copyright infringement be damned, this whole scene feels like a fever dream! But in a guilty pleasure way, I’m so glad that this exists… 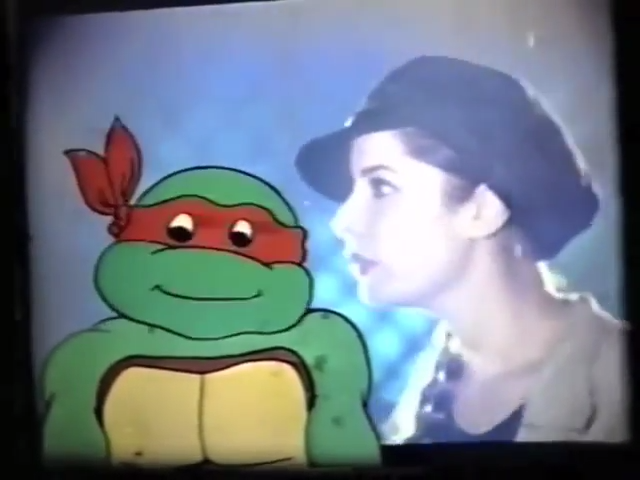 vi – Sarkata Insaan was shot in 4:3 aspect ratio with some of the worst film material I’ve ever seen! Every scene is over exposed, the film feels cheap and disposable. Although its not too bad during night scenes but the day scenes, it’s just awful to watch.

vii – The performances from all actors are over the top and campy (which is really not a complaint from me!) but in regards to the plot, mostly all the characters are pretty useless. It’s fun whenever the headless man is onscreen but the filler, exposition scenes with forgettable characters can easily be skipped.

viii – I’ve always been totally against unnecessarily integrating religious or ultra nationalistic elements into fictional stories and Sarkata Insaan is no expectation. For such a ludicrous plot, it ends up making a mockery of both of these elements.

ix – Coming in at 148 min runtime, the film is waaay too long for such a premise. It should not have been more than 90 minutes as the rest is just nonsense “comedy” scenes or musical numbers which should not have a place in a campy horror film!

I really wanted to recommend Sarkata Insaan as an entertaining campy horror film but unfortunately in its entirety, the film is not worth anyone’s time. You would be better off watching selected clips off it on Youtube.