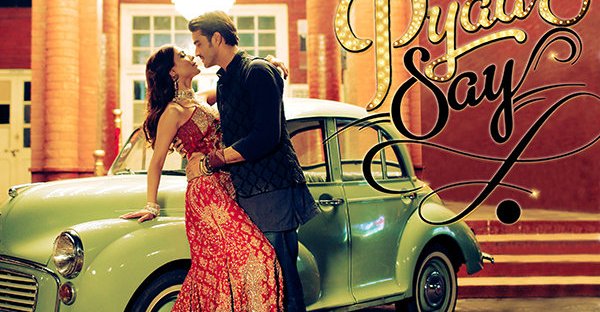 Dekh Magar Pyaar Say is the directorial debut by Haq and first film for Sikander. The hair styling is done by Saima Rashid Bargfrede, Beenish Umer is the production designer. Shehryar Yasin is the brains behind its creative & fashion design direction. The music & OST is composed by Abbas Ali Khan and Mooro.

The shooting locations are of Lahore and London. Stars such as Humayun Saeed and Hasan Shehryar have their cameos.

Sikandar comes across by Annie by a ‘mere chance’ in his auto rickshaw to meet a friend.

i – Remarkable work behind its production design; a major plus point of this film.

ii – Beautiful cinematography and its lighting, blending in the multiple colors to give a rich, visual treat.

iii – A couple of the songs are pleasant to listen to.

v – Good effort on its makeup & hair styling, made the lead stars to shine out on the big screen.

i – A typical story regarding con-artists. I was really looking forward to watch this film… Nah! Not a fan of Humaima Malik but least expected to have a decent picture here but it appears that all the effort was given behind its technicalities.

ii – The lack of strong supporting characters and sub plots. All the time, we were glued with the main cast especially of Sikandar’s character.

iii – Throughout the picture as there wasn’t anything new to watch here, therefore the interest level was quite low.

Asad Ul Haq’s Dekh Magar Pyaar Say is a lush, old-fashioned melodrama of attractive, colorful packaging but filled with too much simplicity.