A review on Pakistani drama TV series, Ishq Hai – Episode 25 to 28 (2021). The new TV series is directed by Aabis Raza and written by Rehana Aftab. Ishq Hai is an ARY Digital Production.

i – Some of the scenes were well lit and visually executed. The creative team behind the camera plays well with shadows at certain dramatic moments of the show. No matter how horrendous the product is, at least the visuals are somewhat impressive.

i – Ishq Hai is going nowhere. The plots are already being recycled and reframed for the audience. The two themes; ‘Misunderstanding and Jealousy’ are beyond repetitive at this point. The show lacks any substance or even a shred of creativity in its writing and execution. Episode 25 to 28 are fully devoted to Nafisa’s dastardly evil plan of creating misunderstanding between Shahzaib and Isra, hoping that they would end up with a divorce and in turn, fall into the hands of Nimra and Haris respectively. The plan is obviously ludicrous and devoid of any logic but that is apparently a running theme in the show.

ii – The newly introduced side plot of Hammad and his wife is absolutely nonsensical and irrelevant to the show. Just like the show itself, it’s a massive waste of time, prolonging the lifespan of the show when it’s obvious that Ishq Hai was dead on arrival.

iii – (One character passes a cup of Tea) Slow Motion! “YE ISHQ HAI!” (dramatic music!!). It’s utterly hilarious how inept the creative team is in bringing drama through editing! The concept of slow motion and dramatic music is abused to such an extent that no scene seems epic anymore. Not to mention the lack of proper editing as the music glitches or stops in between a scene. 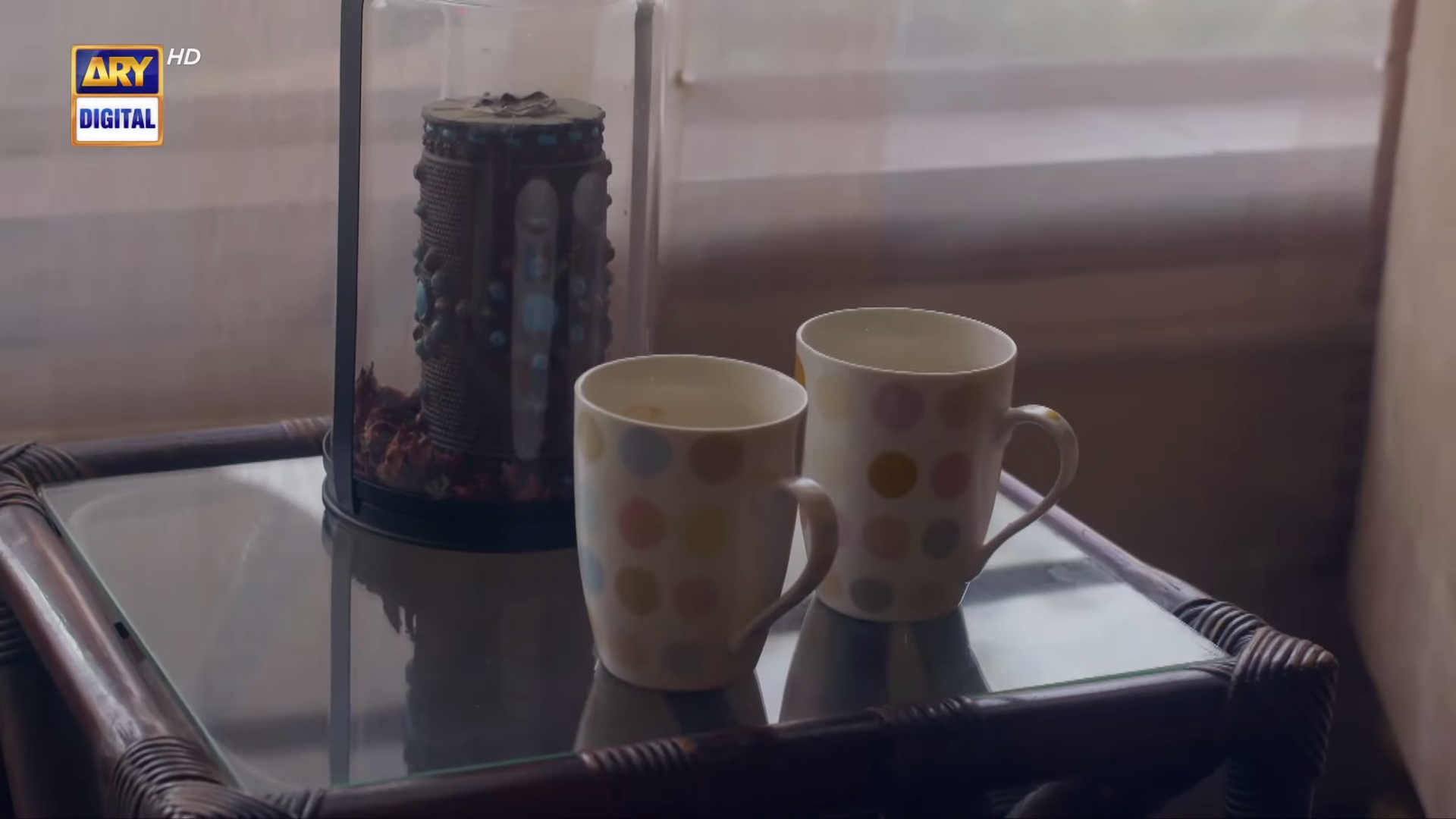 Two cups of Chai!? He’s definitely cheating on me with her!

iv – I guess I haven’t mentioned in weeks how terrible the performances are of the main cast of the show. I would not be at all surprised if the actors just showed up on the day of the shoot and recited their lines on set without rehearsing the scene, without even getting into the psyche of the character or the situation of that particular scene. And the fault solely lies on the shoulders of the director Aabis Raza who allows his actors to display such performances on screen.

v – The “Pillow/ Dupatta” scene from Episode 26/ 27. Its scenes like these that make me lose faith in modern Pakistani dramas. Appalling state of writing in this show!

Ishq Hai just devolves further and further away from what is considered “standard quality” of writing for Pak Television. It’s Trash TV at its finest!