A review on Pakistani drama TV series, Laapata Episode 3 & 4 (2021). The new TV series is written and directed by Khizer Idrees. Laapata is a Momina Duraid Production and currently airs on HUM TV.

Laapata is a comedy/ drama which focuses on young love who aspire to fulfill all their wishes in Life. The drama also highlights modern obsessions with social media such as Tik Tok and its impact on the Pakistani youth of today.

The writer/ director of the show, Khizer Idrees is most well renowned in the TV industry for his work as a Cinematographer for films such as Manto (2015) and Verna (2017).

Shams (Ali Rehman Khan) loves Falak (Sarah Khan) and they predict something big for their future. On the other hand, Geeti (Ayeza Khan), the big Tik Tok star, is always looking for a new toy to play with. After being faced to decide upon her secure future, Geeti might have her eyes now set on someone… and that someone could perhaps be Shams?

i – Episodes 3 and 4 were an entertaining watch. The structure of the narrative was on point, there was a good sense of pacing between the dramatic scenes and the quieter/ lighter moments of the show. Most of the characters are likeable to watch on screen. Even flawed characters like Shams (Ali Rehman Khan) have loads of charisma whenever he is in front of the camera. If you liked the first two episodes, you can’t go wrong with this week.

ii – Ali Rehman Khan and Sarah Khan are a natural pairing together. The banter, romantic moments between the two seem very genuine and credit should go to the writing of the show by Khizer Idrees. Even though the writing in the first two episodes was clunky, episodes 3 and 4 are a much needed improvement in balancing romance and drama. There are still some issues regarding the “comedy” aspect of the show but we’ll get to that in the Low Points section.

iii – The dramatic gambling scenes are such a treat to watch. They are not only visually impressive but its a perfect blend of slow motion mixed with tense music and atmosphere. The production crew has done an outstanding job in creating such dark visual undertones.

iv – The Police Inspector character (played by Saife Hasan) is an interesting adversary to the show. Cocky, brutal and unforgiving, he’s naturally someone who you would love to hate and root for him to get his comeuppins at the end. 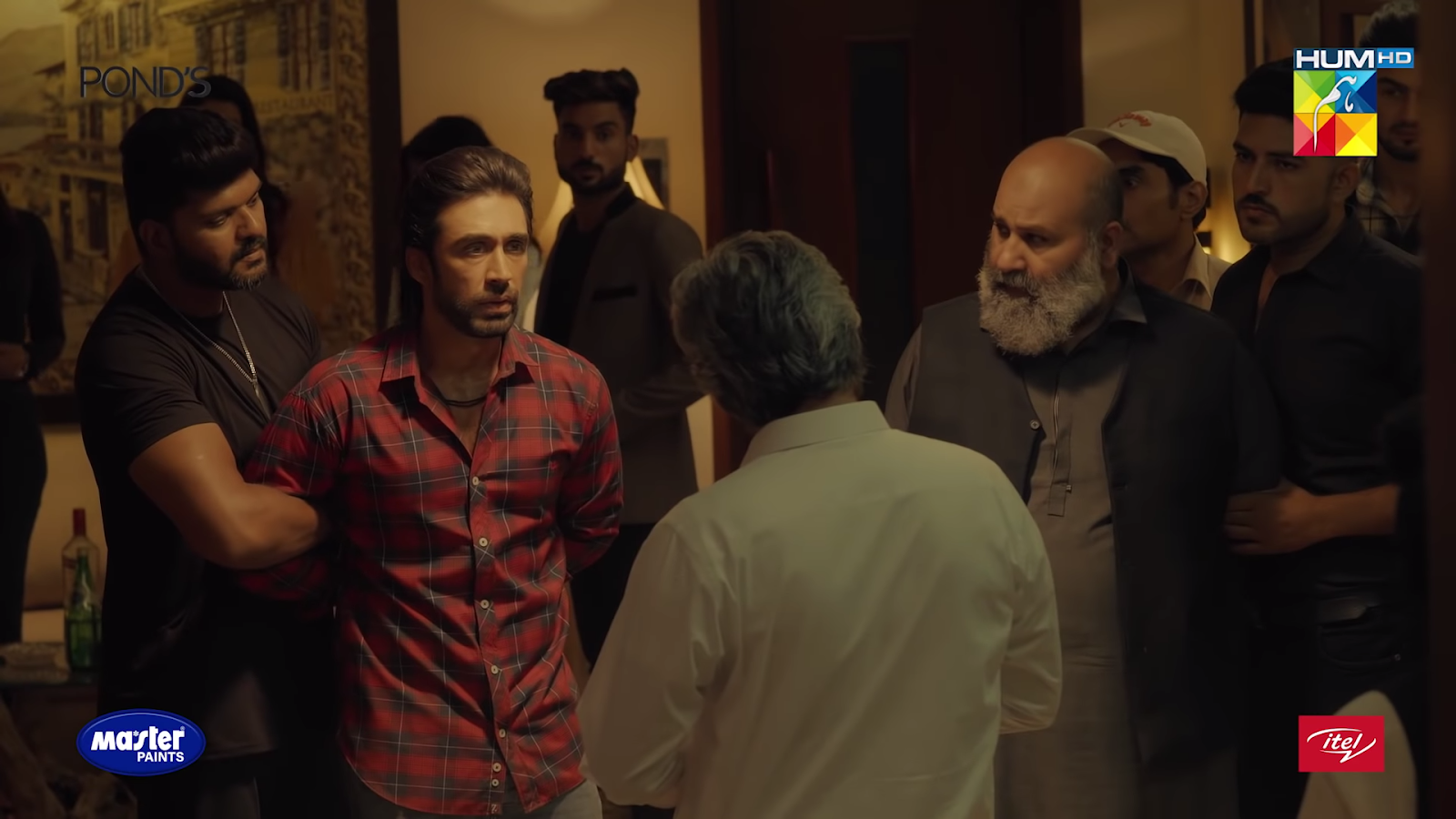 v – In Episode 3, the montage sequence between Shams gamlbing, Geeti putting her makeup on and Falak practicing her Batminton skills was by far the highlight of the show. Such scenes are essential to storytelling because they explain the current situation to the audience purely through visuals. The emotions of each of the characters (at that moment in time) is depicted with such clarity that you don’t need dialogues or exposition for the audience to understand what is currently happening in the show.

i –  I think the biggest drawback of Laapata has to be Geeti (played by Ayeza Khan). Her over the top performance and “comedy” does not fit the show. In one scene, she is acting like a deranged psychopath, talking to herself in the mirror and in the next, she is being “cute” and flirty with Shams. Either she has a split personality disorder or she can’t control her mood swings. Depicting such mental disorders is nothing wrong per se but it does not fit the lighthearted drama vibe of the show. Her character needs to be much more grounded and less erratic in order to play a vital role in the show. Whenever she is acting like a psychopath in front of a mirror, immediately followed by a “comedic” romantic scene, subconsciously you know that one thing does not fit the other.

ii – Laapata is trying hard to be the complete package of romance, drama and comedy. And for the most part, it does not work. Some light hearted comedy between the two families is perfectly fine but scenes like the Witch Doctor and the Wedding band are so out of place to the vibe of the show. Laapata is not a screwball comedy and it should not set itself to be one. I hope there’s less of such scenes in the upcoming episodes.

iii  – I realize this is now commonplace in Pak TV shows but there are way too many egregious blurring in pretty much every outdoor scene and its kind of ridiculous at this point. It’s obvious that none of it is paid sponsoring but it visually looks distracting and tacky. Perhaps shoot it such a way that the products don’t overwhelm the background? I think there can be different ways to avoid this.

Awful amount of blurring in a single shot!

Episode 3 and 4 have brought in quite an improvement. Although the show still needs to balance between its comedy and drama scenes, Laapata is definitely worth a watch.